Porsche last autumn unveiled its new 935, at the historic Rennsport Reunion motorsport event at Laguna Seca Raceway in California. And if the new car seemed familiar, that may be because there was a noteworthy Porsche 935 in the 1970s, which was a 911-derived racing machine that won multiple races including the 1979 Le Mans 24 Hours. Or it may be because the new 935’s aerodynamics paid explicit tribute to the legendary Le Mans Porsche 935/78 “Moby Dick”, so called because of its elongated shape, massive fairings and white base color. The new 935 meanwhile is a track-only tuned 911 GT2 RS, with curved carbon-fiber bodywork and 700bhp. It has a limited run of 77 units and a £750,000 price tag.

Now Porsche has taken the racing tribute with the new-generation 935 a stage further by developing eight nostalgic liveries for it, based on famous cars from Porsche’s rich sportscar racing heritage. The initial new 935 was resplendent in Martini colors, as per the Moby Dick, and now Porsche has unveiled seven more racing liveries that are available for the 77 new 935s. 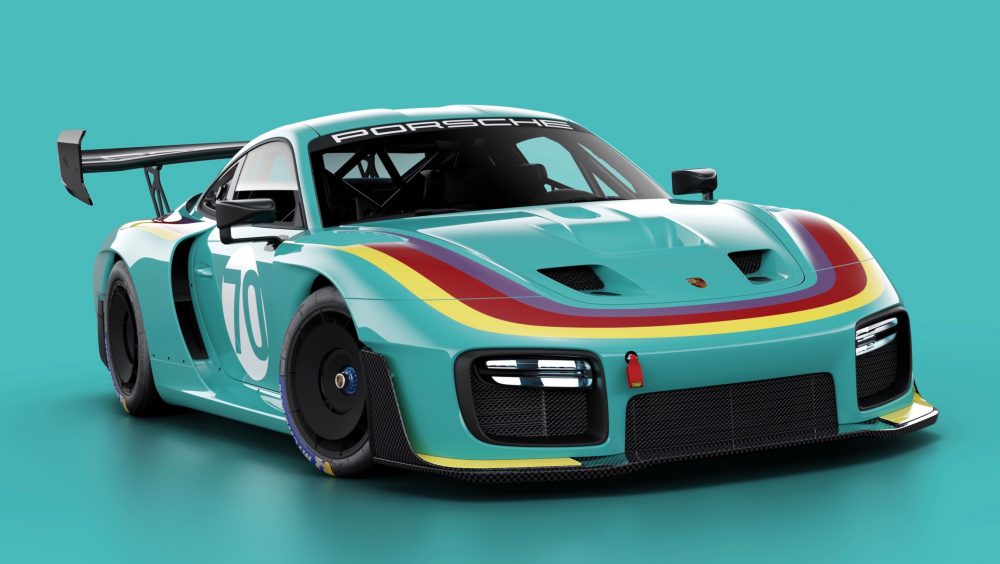 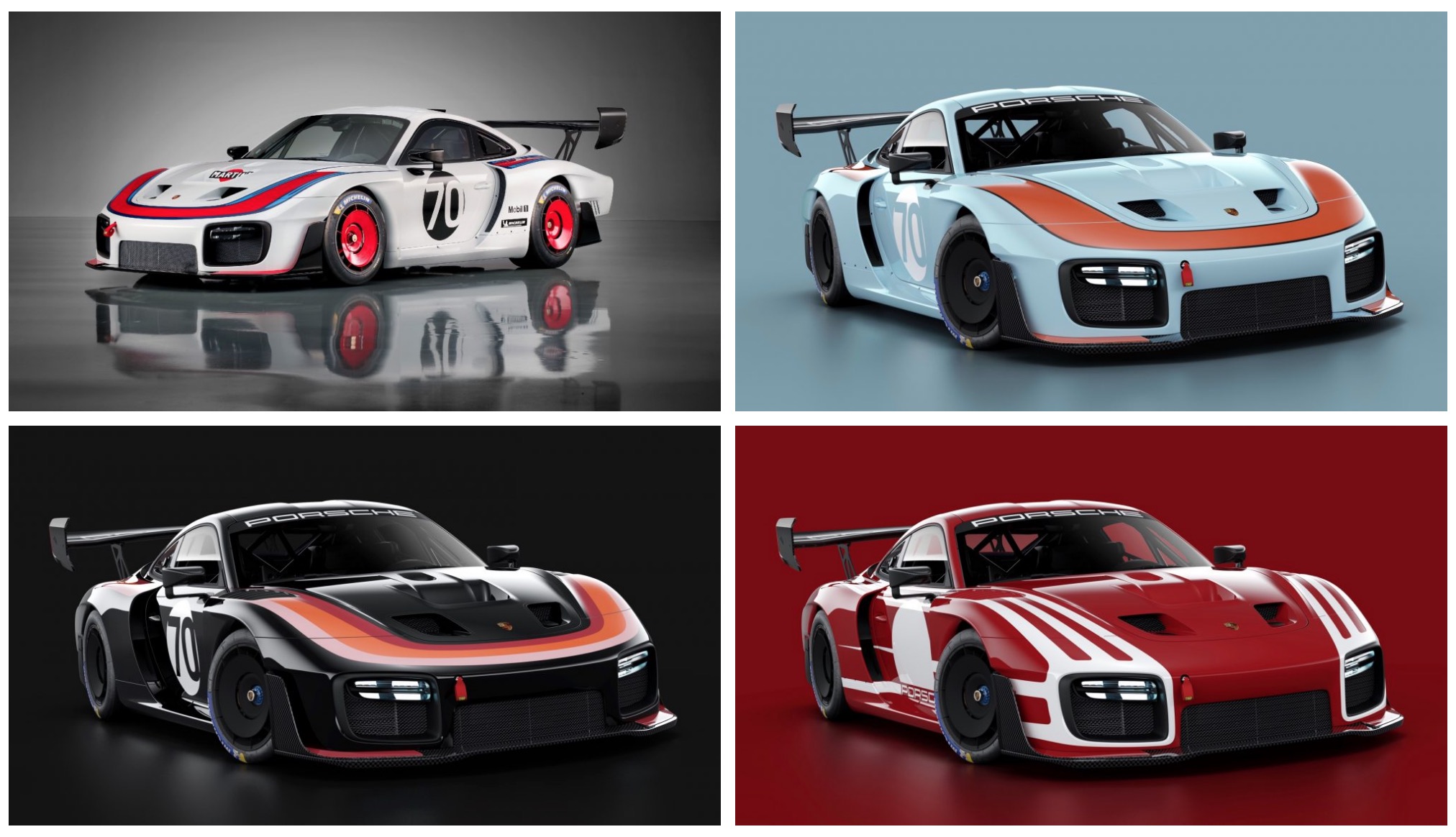 “We have reinterpreted the various racing eras of the 935 using computer design programs, initially orientating ourselves geometrically on the design of the Martini racing version,” said Grant Larson, who is exterior designer of the new 935. “However, we had to recreate all graphical data using virtual reality and finally apply it to the outer skin of the 935. That was very exciting in itself. We can hardly wait to see the new 935 on race tracks around the world. Every single livery is very exciting and matches this unique Porsche perfectly like a tailor-made outfit.”

The available livery colors include the iconic Gulf design of John Wyer’s team, which with the Porsche 917 won the world sportscar championship in 1970 and ’71, as well as the red of the legendary Porsche Salzburg Team, as used when bagging Porsche’s first overall Le Mans 24 Hours victory in 1970, also with the 917. There also are liveries from many private motor racing teams that drove the Porsche 935, such as the sleek black Interscope design from when Bob Garretson and Brian Redman teamed up in a 935 to win first place in the 1981 24 Hours of Daytona, a look that endured for many more years of successful racing.

In addition, there is the familiar black and gold look from John Player Special sponsorship, used by Team Kremer Racing with the 935 in Group 5 competition, as well as the distinctive red Momo version, which was successful for the first time in Giro Italy in 1979. One livery pays homage to the Porsche 935 of Kremer Racing and Dick Barbour and its sponsorship with the company Sachs. And last but not least is the turquoise design from cooperation with the heating manufacturer Vaillant, which the legend Bob Wollek brought to prominence by winning on the Nürburgring “Green Hell” in 1977, once again with Kremer.